This panel will consist of a background discussion of Article 3 (Police) and Article 4 (Fire) pension funds in the State of Illinois moving into the 2019/2020 legislation consolidating those pension funds for investment purposes. The executive directors of each fund will give an update of what has taken place with those funds and the panel will discuss the interplay between the consolidated funds and the local pension boards. The panel will then discuss the next steps for each fund in terms of the movement of billions of dollars from the local funds to the consolidated funds. 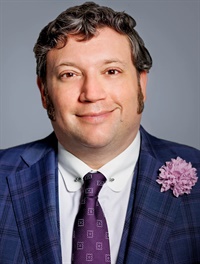 Jerry Marzullo is a shareholder with the firm and also serves as one of the Deputy General Counsel for the Illinois Public Pension Fund Association. Jerry concentrates his practice in the area of public sector labor and employment law (where he represents both State and Federal Sector Unions) as well as public and private sector pension law and retirement systems. He has successfully represented clients in both pension and labor matters including collective bargaining, discipline, arbitrations, pension hearings (representing Pension Boards), administrative review and declaratory judgment proceedings on Administrative, State and Federal Levels. He has argued on behalf of clients in the Circuit and Appellate Courts in Illinois and before the Illinois Supreme Court. He has also represented numerous clients in Federal Court. Jerry has considerable experience in both litigation and appellate work with numerous reported, and Rule 23, decisions. Jerry is also a former Cook County Assistant State's Attorney.

Jerry received his Juris Doctorate from the Loyola University Chicago School of Law and his Masters in Business Administration (MBA) degree from the University of Chicago Booth School of Business with a dual concentration in Strategic Management and Managerial and Organizational Behavior.

Jerry is licensed to practice law in Illinois at the State and Federal levels. He is affiliated with the Illinois State Bar Association and serves as an Advisory Committee Member for the IIT Chicago-Kent College of Law’s Illinois Public Sector Labor Relations Law Conference.

He has previously taught both undergraduate and Master’s Degree courses in various topics at the University level on both labor and other law topics. Jerry has been a frequent speaker on both labor and pension related issues for the Illinois Public Pension Fund Association, the Metropolitan Alliance of Police, the Associated Firefighters of Illinois, the Illinois Professional Firefighters Association, the Illinois Government Finance Officers Association and the Chicago-Kent Illinois Public Sector Labor Relations Conference. Jerry has authored legal articles for publication including, most recently, the Illinois Public Employee Relations Report (A Statement of Facts: The Reality of Public Safety Employee Pension Funds in the State of Illinois; Vol. 37 No. 3; Possible Wisdom and Wit regarding the Arbitration of Discipline; Vol. 39 No. 3). He has also helped train command staff police officers and firefighters at the Northeastern Illinois Public Safety Training Academy (NIPSTA).

Finally, and most importantly, he is happily married to one of Chicago's finest Police Lieutenants and has two evil pugs that he barely restrains from taking over the world.

Richard White’s experience spans a forty-two-year career substantially spent as a public servant with supervisory and executive level experience in law enforcement and public retirement systems. Richard worked in the criminal justice system and private security for forty years which included thirty-four years as a sworn law enforcement officer.  He retired from the Orange County (CA) Sheriff-Coroner Department with a public sector pension. During his law enforcement career, Mr. White served nine years as a member of the Board of Trustees on the Orange County (CA) Employees’ Retirement System and served four one-year terms as President of the Board of Directors of the State Association of County Retirement Systems. Following retirement, Mr. White served as a Retirement Administrator for the Mendocino County Employees’ Retirement Association. In June 2020, Mr. White was named interim Executive Director of the Illinois Police Officers’ Pension Investment Fund. Richard earned a Master of Science degree in human resources and organizational development from the University of San Francisco. 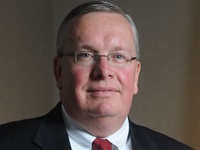 On March 30, 2020 the Firefighter’s Pension Investment Fund retained William (Bill) Atwood as its Interim Executive Director. In 1984 Bill joined Investment Counselors Incorporated, an investment management firm headquartered in St. Louis, Missouri, where he served as Vice President for Business Development. Bill joined the Illinois State Board of Investment (ISBI) in 2003 as its Executive Director.  As Executive Director, Bill functioned as the Chief Executive Officer and Chief Investment Officer of ISBI, which is the fiduciary for $18.1 billion in pension assets for the Illinois State Employees’ Retirement Fund, the Illinois Judicial Retirement Fund, the Illinois General Assembly Retirement Fund, and the Illinois Power Agency. Under Bill’s leadership ISBI consistently exceeded its actuarially assumed rate of return of 7.0%; surpassed its portfolio benchmarks; and out-performed ISBI’s peer group of like-sized public funds. Further, ISBI became a national leader in areas related to diversity and corporate governance. In 2014 Bill was named outstanding Large Public Plan Manager of the Year by Institutional Investor Magazine. After leaving ISBI in 2018, Bill joined the Illinois Finance Authority where he led policy initiatives related to asset transfers and pension fund consolidation.  In 2019, in his role at the Illinois Finance Authority, he assisted in drafting the Report of the Governor Pritzker’s Pension Fund Consolidation Feasibility Task Force and the preparation of SB 1300, which created the Firefighters’ Pension Investment Fund.