The panel will provide a written summary of all ILRB and court decisions issued in the past year concerning the Illinois Public Labor Relations Act and will discuss several signifi cant decisions. The Board’s General Counsel will also provide an overview of the Board’s structure and administrative performance. 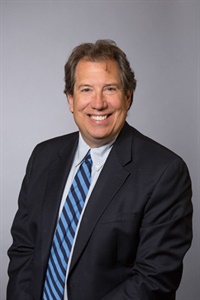 Thomas S. Bradley is a partner at the firm of Laner Muchin, Ltd. He has been practicing law since 1988. He advises public sector employers on labor and employment issues, legislation, the Illinois constitution, the Illinois Public Labor Relations Act, and other state statutes, and represents them in arbitrations, administrative hearings, circuit court litigation, appeals, and other litigation. Tom represents private sector employers in injunction actions and trials in state and federal court, including employers seeking to enforce trade secrets and rights under restrictive covenant agreements. Tom also provides employers with day-to-day counseling and strategy on labor and employment matters. Mr. Bradley received a B.A. in economics from the University of Chicago and a J.D. from John Marshall Law School. 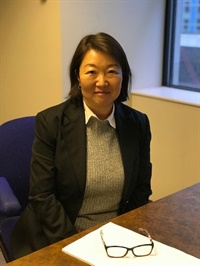 Helen Kim has been the General Counsel for the Illinois Labor Relations Board since November 1, 2016.  Prior to her position at the ILRB, she was General Counsel for the Illinois Department of Labor.  Helen began her state service as labor relations counsel with the Illinois Department of Central Management Services, representing state agencies in arbitrations as well as cases before the ILRB.  She also served as Assistant State’s Attorney in the Civil Actions Bureau of the Cook County State’s Attorney’s Office where she represented Cook County and its elected officials in labor and employment matters.  Helen received her undergraduate degree in Mathematics from the University of Illinois at Urbana-Champaign and her law degree from the University of Minnesota Law School.

Jerry Marzullo is a shareholder with the firm and also serves as one of the Deputy General Counsel for the Illinois Public Pension Fund Association. Jerry concentrates his practice in the area of public sector labor and employment law (where he represents both State and Federal Sector Unions) as well as public and private sector pension law and retirement systems. He has successfully represented clients in both pension and labor matters including collective bargaining, discipline, arbitrations, pension hearings (representing Pension Boards), administrative review and declaratory judgment proceedings on Administrative, State and Federal Levels. He has argued on behalf of clients in the Circuit and Appellate Courts in Illinois and before the Illinois Supreme Court. He has also represented numerous clients in Federal Court. Jerry has considerable experience in both litigation and appellate work with numerous reported, and Rule 23, decisions. Jerry is also a former Cook County Assistant State's Attorney.

Jerry received his Juris Doctorate from the Loyola University Chicago School of Law and his Masters in Business Administration (MBA) degree from the University of Chicago Booth School of Business with a dual concentration in Strategic Management and Managerial and Organizational Behavior.

Jerry is licensed to practice law in Illinois at the State and Federal levels. He is affiliated with the Illinois State Bar Association and serves as an Advisory Committee Member for the IIT Chicago-Kent College of Law’s Illinois Public Sector Labor Relations Law Conference.

He has previously taught both undergraduate and Master’s Degree courses in various topics at the University level on both labor and other law topics. Jerry has been a frequent speaker on both labor and pension related issues for the Illinois Public Pension Fund Association, the Metropolitan Alliance of Police, the Associated Firefighters of Illinois, the Illinois Professional Firefighters Association, the Illinois Government Finance Officers Association and the Chicago-Kent Illinois Public Sector Labor Relations Conference. Jerry has authored legal articles for publication including, most recently, the Illinois Public Employee Relations Report (A Statement of Facts: The Reality of Public Safety Employee Pension Funds in the State of Illinois; Vol. 37 No. 3; Possible Wisdom and Wit regarding the Arbitration of Discipline; Vol. 39 No. 3). He has also helped train command staff police officers and firefighters at the Northeastern Illinois Public Safety Training Academy (NIPSTA).

Finally, and most importantly, he is happily married to one of Chicago's finest Police Lieutenants and has two evil pugs that he barely restrains from taking over the world.