In this session, Gerald Birnberg will address the following: 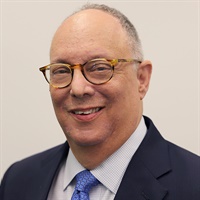 Gerald M. Birnberg is a 50-year lawyer whose practice has been focused on civil rights litigation, primarily on the plaintiff’s side. The founding partner of Williams, Birnberg & Andersen, LLP in Houston, Texas, he is certified as a specialist in civil appellate law by the Texas Board of Legal Specialization. He is a life fellow of the College of the State Bar of Texas, and an adjunct professor of law at South Texas College of Law-Houston, teaching a seminar course on recent United States Supreme Court cases.

Upon completing law school at the University of Texas in 1971, Mr. Birnberg served as a law clerk to the chief judge of the United States Court of Appeals for the Fifth Circuit. He has been in private practice since that time, concentrating on complex litigation and appeals. Mr. Birnberg has appeared before the Supreme Court of the United States (either on the briefs or in oral argument) on several occasions, including arguing Farrar v. Hobby, 506 U.S. 103 (1992). He is admitted to practice before seven federal circuits, and has been involved in more than 100 appellate cases.

From 2003 to 2012, Mr. Birnberg was Chair of the Democratic Party of Harris County, Texas. He also served on Houston Mayor Sylvester Turner’s Task Force on Policing Reform and is a member the Houston Independent Police Oversight Board.

A frequent lecturer, Mr. Birnberg has made numerous presentations to state and local bar seminars and published articles on attorney’s fees in civil rights cases and other topics. He also testified before the Committee on Education and Labor of the United States House of Representatives concerning the attorney’s fees provisions of the Civil Rights Act of 1990.

Mr. Birnberg has represented fee claimants in major attorney’s fees litigation on a number of occasions and has been involved in several cases in which the amount of fees in issue exceeded $1 million.