An Ethical Discussion: How to be a Legal Ally in a Maturing DEIA Model

Is your agency proposing new initiatives to advance diversity, equity, inclusion, and accessibility (DEIA) beyond traditional efforts?  Do you want to help your agency move forward but get stuck focusing on sharing all the potential risks?  Join our panel of experts for an interactive discussion to help you capitalize on your wise legal counsel and become an ethical and active ally to mature DEIA models, government wide. 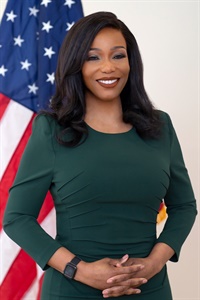 Deputy to the Chairman for External Affairs and Director, Office of Minority and Women Inclusion

Nikita serves as Deputy to the Chairman for External Affairs and Director of the Office of Minority and Women Inclusion (OMWI).  As Deputy to the Chairman she manages the FDIC’s broader engagement mission, including oversight of the FDIC’s Office of Communications and Office of the Ombudsman.  As OMWI Director, she is responsible for:  promoting diversity, equity, inclusion, and accessibility among the FDIC’s 6,000 employees; assessing diversity policies and practices of approximately 3,200 banks supervised by the FDIC; and increasing participation of minority-owned and women-owned businesses in the FDIC’s operations.

Nikita is an experienced executive, serving on several of the FDIC’s executive committees, including being a voting member of the Audit Committee and Chair of the Diversity and Inclusion Executive Advisory Council.  She is a commissioned bank examiner who has held progressively more responsible positions in three of the FDIC’s six regions and Washington Office since joining the agency in 1998. 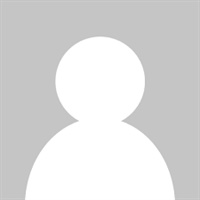 Victoria Gillen is an Attorney-Advisor to the Federal Service Impasses Panel (FSIP/the Panel) at the Federal Labor Relations Authority (FLRA).  In 2013, while still attending law school, Ms. Gillen began serving as an intern to the FLRA’s Denver Regional Office of the Office of the General Counsel.  After receiving her law license in 2014, Ms. Gillen served as an Attorney with the Denver Regional Office for seven years.  Following two details with FSIP, Ms. Gillen became a full-time Attorney-Advisor to FSIP in March 2021.  In her current role with FSIP, Ms. Gillen assists with all aspects of negotiability impasse resolution.  Ms. Gillen has also served as the co-chair of the FLRA’s Diversity, Equity, Inclusion, and Accessibility committee.

Ms. Gillen attended Wake Forest University, receiving a Bachelor of Arts in Political Science in 2005.  She then earned a Master of Science in Exercise Science degree from the University of Northern Colorado, graduating with honors in 2008.  In December 2013, she received a Juris Doctor degree from the University of Denver as a member of Phi Delta Phi International Legal Honors Society.  Before joining the FLRA, Ms. Gillen worked in the filed of athletic administration in both collegiate athletic departments and for a professional athlete representative.

Ms. Elyssa Santos-Abrams has been employed at the Equal Employment Opportunity Commission (EEOC) since 2001, following her graduation from the . She is a member of the New York State Bar. Ms. Santos-Abrams is currently assigned to the position of Attorney Advisor for the Outreach, Training, and Engagement Division, where she develops and delivers training on the EEO process, laws, and application, as well as provides educational outreach to federal agencies and stakeholders. Previously, Ms. Santos-Abrams served as a senior appellate review attorney in EEOC’s Office of Federal Operations, where she was responsible for drafting administrative decisions in federal sector discrimination complaints. She drafted decisions in cases covering the entire spectrum of legal bases of alleged discrimination, with particular emphasis on cases involving the Rehabilitation Act and the Equal Pay Act. Ms. Santos-Abrams has provided extensive training and outreach at EEO conferences and to government agencies in topics including EEO case updates, providing reasonable accommodation and understanding the Rehabilitation Act, and understanding and preventing harassment.