Catalyzing Localism: What Is New about the Green New Deal?

In this lecture, Professor Cummings examines the influence of the Green New Deal on state and local labor policy, and discusses the potential and tradeoffs of programs that seek to combine sustainable environmental change with structural labor reform. Drawing on evidence from big cities around the country, he explores some of the challenges that have confronted efforts to incorporate labor standards into ambitious proposals to address climate change, and considers the conditions under which the Green New Deal might work better for workers.

Credit statement Credit hours are estimated and are subject to each state’s approval and credit rounding rules. 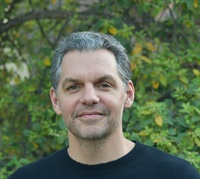 Scott Cummings is Robert Henigson Professor of Legal Ethics and Professor of Law at UCLA School of Law, where he teaches and writes about the legal profession, public interest law, law and social movements, and community economic development. He is the faculty director of Legal Ethics and the Profession (LEAP), a program promoting research and programming on the challenges facing the contemporary legal profession. He is also a long-time member of the UCLA David J. Epstein Program in  Public  Interest  Law  and  Policy,  a  specialization  training  students  to  become  public interest lawyers.
Professor Cummings’s research is focused on economic development, law and social movements, and the legal profession. His most recent book, Blue and Green: The Drive for Justice at America’s Port (MIT University Press, 2018), examines the role of lawyers in a campaign by the labor and environmental movements to transform the trucking industry at the port of Los Angeles. An Equal Place: Lawyers in the Struggle for Los Angeles, a sweeping study of how lawyers have helped to challenge inequality in one of America’s most unequal cities, is scheduled for publication by Oxford University Press in 2020.

Before joining the UCLA faculty in 2002, Professor Cummings clerked for Judge A. Wallace Tashima on the Ninth Circuit, and James Moran  on  the  district  court  in  Chicago.  He  began  his  legal career  in  Los  Angeles  building  economic  opportunity  in  low-income communities.  In 1998, after clerking in Chicago, he was awarded a Skadden Fellowship to work in the Community Development Project at Public Counsel in Los Angeles, where he provided transactional legal assistance to nonprofit organizations and small businesses engaged in community revitalization efforts. He earned a B.A. from the University of California-Berkely and a J.D. from Harvard Law School. 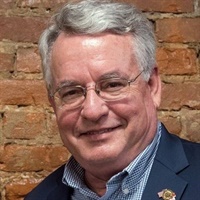 Director of Communications and Governmental Affairs

United Mine Workers of America (UMWA)

Phil Smith was appointed Director of Governmental Affairs for the UMWA in July 2014. Prior to that, he served as the UMWA’s Director of Communications for nine and a half years. From 1986–2004, Smith was creative director and then a principal at Fingerhut, Powers, Smith and Associates, a communications and public relations firm in Washington, D.C., primarily serving labor union, political and association clients.

In addition to UMWA members and their families, he has worked to help improve the lives of a wide array of working families throughout the United States and Canada, consulting with unions representing hospital and health care workers, steelworkers, aluminum workers, copper miners, public employees, teachers, postal workers, flight attendants and others.

Mr. Smith has developed and implemented multiple strategic communications campaigns in support of labor union objectives for organizing, collective bargaining, work stoppages, and issue advocacy. Bankruptcy-related communications strategies he developed and executed for the Steelworkers’ campaign at Wheeling-Pittsburgh Steel in 1990 and the UMWA’s Fairness at Patriot Coal effort in 2012-13 helped those unions win collective bargaining agreements which were significant improvements over a bankruptcy judge’s order.

In the political arena, he has produced print ads, direct mail, collateral material, radio and televison spots and promotional videos for three presidential campaigns, numerous statewide and congressional elections as well as dozens of state legislative and local races. His spots for a coalition of unions in 1995-96 helped to successfully blunt the efforts of then-Speaker Newt Gingrich to implement the so-called “Contract with America.”

As UMWA Government Affairs Director, Mr. Smith developed and implemented a broad legislative and communications strategy to achieve Congressional passage of legislation in 2017 preserving the health care benefits of 22,600 retired miners, dependents and widows whose benefits were threatened due to a series of coal industry bankruptcies; and 2019 legislation safeguarding promised pension benefits for some 92,000 current and future retired coal miners and widows.

Currently, along with his responsibilities for legislative and political action, He also manages external communications and media relations for the UMWA.