Liability arising out of §1983 claims continues to present challenges for courts across the country, and the Supreme Court has a large impact in this dynamic area of law. Join us for this 10-part webinar series, held over three days, to get up-to-date on the latest cases, trends, and strategies affecting §1983 litigation. You have the opportunity to examine both the law of §1983 as well as the litigation strategies that underlie successful cases. Experts in the field address the most important issues and provide wisdom for you as you tackle this year’s cases, whether you represent plaintiffs or defendants. As always, the conference provides an analytical approach to problems and offers practical advice about how to solve them. 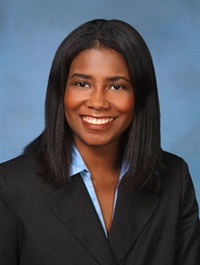 Professor Bailey joined the Chicago-Kent faculty in fall 2007. Prior to joining Chicago-Kent's faculty, she was a visiting scholar and adjunct professor at the University of Houston Law Center. She also practiced labor and employment law in Houston, Texas, where she was an associate at Fulbright & Jaworski LLP.

Professor Bailey's research focuses on how social, political and economic inequalities are reflected in criminal law. Her articles have analyzed gender violence, privacy, and aggressive surveillance of communities of color. She teaches criminal law, criminal procedure, and evidence at Chicago-Kent. In 2017, she received Illinois Institute of Technology's John W. Rowe University Excellence in Teaching Award. 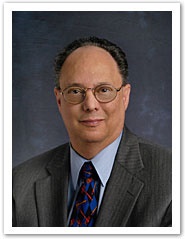 Mr. Birnberg devotes the majority of his practice to complex litigation — both federal and state, trial and appellate — and to alternate dispute resolution (mediation and arbitration). Life Fellow: Texas Bar Foundation; Fellow: Houston Bar Foundation; He also serves as an Adjunct Professor of Law at South Texas College of Law, 1976-1978; 2001-present, teaching a seminar on recent Supreme Court decisions. Mr. Birnberg has participated in arguments before the Supreme Court of the United States on several occasions, and has handled more than 100 appeals in state and federal court. In 1990, Mr. Birnberg testified before the Judiciary Committee of the United States House of Representatives regarding the 1991 proposed amendments to the Civil Rights Act. Likewise, he served on President Clinton's Anti-Crime Task Force and participated in a White House briefing concerning the Crime Bill of 1993. Recipient, N.A.A.C.P. Award, Legal Excellence, 2003. Former candidate for Associate Justice, First Court of Appeals, Texas, 1994. Mr. Birnberg was Chair of the Harris County Democratic Party, 2003-2011.

Mr. Birnberg is a member of the American Arbitration Association Roster of Neutrals and is an approved ADR provider for the United States District Court for the Southern District of Texas.

Mr. Birnberg has served as a member of the board of directors for the Clark Read Civil Liberties Foundation Inc., former Chair of the Greater Houston Chapter of the American Civil Liberties Union, member of the Advisory Board of Former Law Clerks for The Judge John R. Brown Scholarship Foundation, and member of the boards of directors of the Lawyers' Committee for Civil Rights Under Law of Texas, the Houston Trial Lawyers Association, and the Harris County Democratic Lawyers Association. 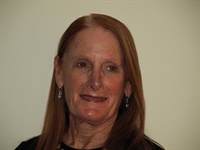 Karen Blum began teaching at Suffolk Law School in 1974. She has taught in the areas of Civil Procedure, Federal Courts, Civil Rights and Police Misconduct Litigation. She received her B.A. in Philosophy from Wells College, a J.D. from Suffolk University Law School and an LL. M. from Harvard. Professor Blum is a regular faculty participant in § 1983 Civil Rights Programs and Institutes around the country. In addition, she serves as a faculty member for workshops sponsored by the Federal Judicial Center for Federal Judges and Federal Magistrate Judges. Professor Blum has authored numerous articles in the section 1983 area and is a co-author, along with Michael Avery, David Rudovsky, and Jennifer Laurin, of the treatise Police Misconduct: Law and Litigation. As a Professor Emerita, Professor Blum continues to engage in Section 1983 programs throughout the country and is actively involved in efforts to achieve police reform. 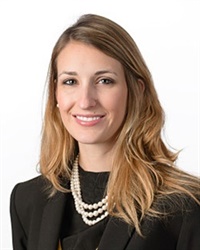 Victoria Carmona joined the Chicago-Kent College of Law faculty in August 2019 as director of the C-K Law Group’s Immigration Law Clinic. The clinic’s practice focuses on United States immigration law and practice, including family-based immigration before the U.S. Citizenship and Immigration Services asylum offices and removal defense before the Executive Office for Immigration Review (immigration court).

From 2014 to 2019, Carmona practiced immigration law at the Law Office of Robert D. Ahlgren and Associates PC, representing clients in applications for family-based and victim-based immigration benefits and in removal proceedings. Additionally, Carmona provided pro bono representation for immigrant woman and children detained in the South Texas Family Residential Detention Center in Dilley, Texas. She is an active member of the American Immigration Lawyers Association Chicago Chapter, and serves on several liaison committees.

Carmona earned her LL.M. in international human rights from the Northwestern University Pritzker School of Law in 2018, where her thesis focused on human rights violations by the U.S. with concern to the regulation of migration. She earned her J.D. with a certificate in child and family law from Loyola University Chicago School of Law in 2014. While earning her J.D., she was a caseworker in the Bluhm Legal Clinic’s Children and Family Justice Law Center. She also received a Public Interest Law Initiative grant to work at the Chicago Legal Clinic's Chancery Advice Desk.

Before law school Carmona completed a bachelor's degree in international and Latin American studies at the University of Chicago and a Master of Social Work at the Loyola University Chicago Graduate School of Social Work.

Carmona speaks Spanish, Portuguese, and German, and has lived in Argentina, Brazil, Germany, and Spain. From 2008 to 2014, Carmona was the assistant director of the Brazil in Chicago Portuguese Language School and Brazilian Cultural Center. She is licensed to practice law in Illinois. 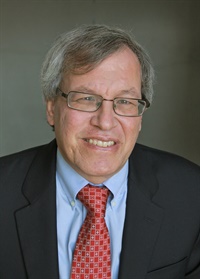 Erwin Chemerinsky became the 13th Dean of Berkeley Law on July 1, 2017, when he joined the faculty as the Jesse H. Choper Distinguished Professor of Law.

He is the author of eleven books, including leading casebooks and treatises about constitutional law, criminal procedure, and federal jurisdiction.  His most recent books are, We the People:  A Progressive Reading of the Constitution for the Twenty-First Century (Picador Macmillan) published in November 2018, and two books published by Yale University Press in 2017, Closing the Courthouse Doors: How Your Constitutional Rights Became Unenforceable and Free Speech on Campus (with Howard Gillman).

He also is the author of more than 200 law review articles. He writes a regular column for the Sacramento Bee, monthly columns for the ABA Journal and the Daily Journal, and frequent op-eds in newspapers across the country. He frequently argues appellate cases, including in the United States Supreme Court.

In 2016, he was named a fellow of the American Academy of Arts and Sciences.  In 2017, National Jurist magazine again named Dean Chemerinsky as the most influential person in legal education in the United States. 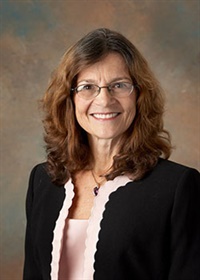 Rosalie Levinson is currently the Phyllis and Richard Duesenberg Professor of Law and a Senior Research Professor at Valparaiso Law School, where she teaches constitutional law, civil rights litigation, and federal practices.

She previously worked as a staff attorney for a public interest organization and has been involved in substantial litigation. She has argued several civil rights cases before the 7th Circuit Court of Appeals and has been a frequent lecturer for continuing legal education programs, including those sponsored by the Federal Judicial Center for Federal Judges and the Practice Law Institute. In addition, she has team taught with Justices Scalia, Ginsburg and Thomas in conjunction with Valparaiso University School of Law’s summer program in Cambridge, England. 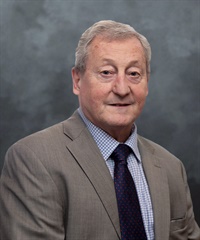 Focusing his practice on cases involving civil rights defense for local governments, John represents public clients in all phases of litigation in state and federal courts.  He advises local cities and villages on matters involving zoning and serves as special labor counsel to many municipalities.

John serves as regular and special counsel to dozens of Illinois local governments.  He has argued numerous cases before the Seventh Circuit Court of Appeals and the Illinois Supreme Court on issues including first amendment, fair housing, due process, employment discrimination and zoning.  He represents both plaintiffs and defendants in Section 1983 litigation.

John frequently presents at conferences and workshops on topics affecting municipalities, including a zoning workshop organized by the Intergovernmental Risk Management Agency in 2020.  He presents annually at Chicago-Kent’s Section 1983 Civil Rights Litigation Conference.

John is a two-time winner of the Litigation Award and a Lifetime Achievement Award from the Illinois Local Government Lawyers Association.  He has been selected to Super Lawyers from 2005-2012 and 2014-2020 and is one of Super Lawyers Top Rated lawyers in the State, Local and Municipal category.  He has been named to Best Lawyers in America.

John has been an elected official, serving for 12 years as a member of his local school board, the last four as President. 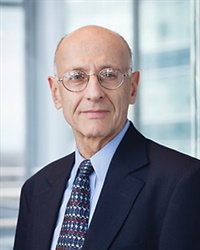 Professor Sheldon Nahmod is a leading expert on constitutional law, civil rights and the law of §1983. He is the author of Civil Rights and Civil Liberties Litigation: The Law of Section 1983 (2020) and has argued civil rights cases before the U.S. Supreme Court and many other federal courts. He has also lectured to federal judges on §1983. He is a graduate of the University of Chicago, Harvard Law School, and the University of Chicago Divinity School. Professor Nahmod received the Lifetime Achievement Award of the State and Local Government Law Section of the ABA for his work in §1983 jurisprudence.

He blogs on §1983 and constitutional law at nahmodlaw.com and can be followed on Twitter @NahmodLaw.

This program has ended.
Ok